In addition to our staff at MassINC, four experienced strategic, policy, and facilitation experts comprise the NGALC Project Team.

Andrew Bundy began work as a preschool teacher, and later became a children’s advocate and social worker. He was an early leader in developing local education foundations and full-service schools, and has experience across a broad spectrum of youth development and educational issues. An independent consultant to local and national organizations since 1987, he has helped found and lead multiple public/private partnerships to ensure the academic success and healthy development of children and youth.

Andrew’s recent work focuses on leading and sustaining reforms, which engage leaders across traditional boundaries, particularly in labor-management-community collaborations in public education. His work involves synthesizing diverse perspectives, clarifying options, and helping groups take action. Active in the Greater Boston community, he has served as a board member, volunteer and advisor to a variety of public and private institutions.

Elaine Fersh worked as a community organizer, housing advocate, and human services administrator before founding Parents United for Child Care in 1987. She led this organization – Boston’s forceful, highly regarded non-profit champion of child care and youth development programs, program quality, and increased public and private financing – for 13 years. Throughout her civic and professional career, she has advocated and achieved reforms on a wide range of social, educational, and community development issues.

Now based in Providence RI, Lainy has extensive experience in strategic planning, executive coaching, program development, institutional leadership, legislative and policy advocacy, finance reform, and nonprofit management. She plays a wide range of roles, from designing grassroots, community-driven strategies to counseling senior leaders of large institutions. Recently, she has been facilitating the efforts of large organizations to accelerate systemic reforms.

Karla Baehr has most recently served at the Massachusetts Department of Elementary and Secondary Education (DESE) where she led the team to design, develop, and launch the Department’s model system for educator evaluation. The model includes rubrics and protocols for evaluating teachers and administrators, and implementation guides for districts and schools. Prior to that, Baehr was the Deputy Commissioner of Accountability, Assistance and Partnership at DESE where she was charged with articulating key components of the state’s successful Race to the Top application, deepening DESE’s engagement with stakeholders, and redesigning the state’s district and school accountability and assistance systems.

Prior to her work at DESE, Baehr served as a superintendent for nearly twenty years in both urban and suburban districts. She was Superintendent of Lowell Public Schools (MA) from 2000-2008 and Wellesley Public Schools (MA) from 1986 to 1995. Having begun her career in education as a high school social studies teacher, Baehr more recently taught at Lesley University School of Education Graduate Programs in Education Administration and Teaching, Learning and Assessment, where she was an Assistant Professor.

Ryan Reyna currently works for the Education Strategy Group where he leads the organization’s efforts to help states bring stronger, more impactful career-focused indicators into their K-12 accountability systems. Prior to joining ESG, Ryan served as Director of the Office of Accountability and Data Management at the Delaware Department of Education. In that role, he led the state’s efforts to develop a new multi-measure accountability system, centralize the data reporting and analysis functions within the Department, develop its ESEA Flexibility Waiver renewal application, and annually report on Pre-K through higher education outcomes.

Prior to his time in Delaware, Ryan served as a Program Director in the Education Division at the National Governors Association Center for Best Practices (NGA Center). At the NGA Center, Ryan led the division’s support of governors’ offices on numerous issues, including college and career ready standards, assessment, accountability, and transitions into postsecondary education and training. He also previously held Senior Policy Analyst and Policy Analyst positions at the NGA Center and worked as a Research Associate at the Data Quality Campaign.

Benjamin Forman is MassINC’s research director. He coordinates the development of the organization’s research agenda and oversees production of research reports. Ben has authored a number of MassINC publications and he speaks frequently to organizations and media across Massachusetts. With a background in urban revitalization and sustainable growth and development, he is uniquely suited to the organization’s focus on strong communities and economic security.

Prior to joining MassINC in 2008, Ben oversaw strategic planning for the District of Columbia Department of Parks and Recreation, a large agency providing critical services to youth and families in neighborhoods throughout the city. He also worked as a research assistant at the Brookings Institution Metropolitan Policy Program in Washington, DC and Nathan Associates, a global economic development consulting firm.

As a graduate student, Ben was awarded a Rappaport Public Policy Fellowship and served in the City of New Bedford’s planning department. He also worked as a graduate research assistant on a multi-year longitudinal analysis measuring the impact of new information technologies on neighborhood social networks. 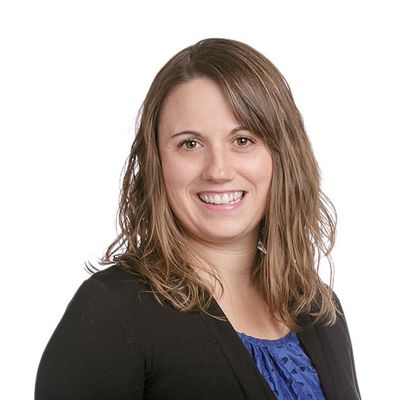 Jenny Curtin currently works at the Barr Foundation as a senior program officer on the Education team where she provides timely professional development on a range of secondary school topics and organizes cross-community sharing. Prior to joining Barr, Jenny was at the Massachusetts Department of Elementary and Secondary Education for 11 years, focused primarily on increasing secondary school success for struggling students. In her role as coordinator of high school graduation initiatives, she led state efforts in support of secondary school improvement and increasing high school graduation rates. Under Jenny’s leadership of projects such as the multi-faceted MassGrad Initiative and the state’s Early Warning Indicator System (EWIS), Massachusetts experienced unprecedented reductions in the state annual high school dropout rate and continual increases in cohort graduation rates.

Alexia Lipman is going to be a junior at Claremont McKenna College in sunny southern California where she is studying Philosophy, Politics, and Economics (PPE). Alexia joined the MassINC team as a summer intern in May 2016. During the summer of 2015, she field managed and campaigned for The Fund for the Public Interest. She is originally from Harvard— a quaint town in Central Massachusetts.

By Investing in MassINC, You help us make progress in Addressing Massachusetts’ most pressing issues