House funds Early College, but is it enough for growth?

The House budget debate featured a vigorous campaign to build support for Early College. Amendments introduced and championed by Representatives Roy, Peisch, Rogers, and Lipper-Garabedian drew 63 cosponsors. The leadership provided by these legislators and so many others won a hefty increase in funding for the Dual Enrollment Grant and Subsidies line item.

Assuming $1 million from this account funds traditional dual enrollment, the Department of Higher Education (DHE) would have $4.3 million available to reimburse colleges and universities for instruction provided to high school students in state designated Early College programs. This is more than double the $2 million allocation provided to DHE last year. An increase of this magnitude is a significant political victory, especially at a time when there are so many competing priorities for limited state resources.

However, as objective analysts it is incumbent on us to present the facts, particularly when it involves the execution of an official state strategy to close the enormous equity gaps in post-secondary completion depicted below in Figure 1. DHE currently reimburses colleges and universities for Early College instruction at $135 per credit. At this rate, the $4.3 million in the House budget would cover 32,500 credits. The Executive Office of Education (EOE) estimates students will take 37,000 credits next year.

While the FY 2022 budget gap is relatively small relative to current projections, failing to meet the full need would send the wrong signal at a sensitive moment for Early College expansion.

Last week the Department of Elementary and Secondary Education released the SOA plans for each school district in the state. These plans show roughly 29 schools that do not currently have a designated program would like to utilize their new SOA funds to provide students with Early College opportunities. These schools must recruit college partners, who are nervous about expanding their involvement without a stable source of funding to cover higher education costs.

MassINC’s recent report examining Early College expansion argues the state should aim to grow programs to serve 45,000 students over the next six years. At this scale, Early College would cut racial and ethnic post-secondary completion gaps by more than half.

Serving this many students means deviating dramatically from the current growth trajectory, as Figure 2 below illustrates. Helping the schools that are currently proposing Early Colleges in their SOA plans move forward ASAP is an important first step. Together, these high schools enroll more than 5,000 students. To enable this growth, we must anticipate significant annual increases in the dual enrollment line item each year. Relative to the state’s overall education expenditure and the outsized impact of Early College, this modest allocation of resources will deliver a large return on investment. 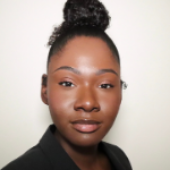