MASSACHUSETTS HAS BUILT its school reform effort on a combination of new state funding and accountability measures that track student and district achievement, but that has largely let local districts off the hook for setting ambitious goals of their own and holding themselves and schools responsible for meeting them.

That’s the conclusion of a new research report released on Wednesday that calls local accountability an “untapped strategy” for driving school improvement.

The state’s 1993 Education Reform Act requires school districts to submit improvement plans each year and individual schools must do so every three years. But those plans have often done little to drive meaningful change, according to the report from MassINC, the nonpartisan think tank that publishes CommonWealth.

The study focused on 16 Gateway Cities, small- to mid-sized urban school districts that are home to a large share of the state’s chronically low performing schools. Two-thirds of district improvement plans and half of the school plans in the 16 communities did not contain any measurable student outcome goals, according to the report.

“Accountability works best when it’s a balance between the state and community, each doing their part to figure out what skills they want students to acquire and holding themselves responsible for making progress in those areas,” said Ben Forman, research director at MassINC and a co-author of the report. “The evidence is that local accountability practices are highly underdeveloped.”

In the 16 Gateway Cities studied, six included no outcome measures in district improvement plans. Among the 10 that did include outcome targets, they collectively laid out 165 goals, but only a third of those were measurable in a way that outlined clear outcomes and a timeline for achieving them, according to the study.

The report comes as Beacon Hill leaders prepare to weigh proposals to revamp the state education funding formula and to consider whether to adopt new accountability provisions aimed at driving improved student achievement.

The report says the heavy focus on state and federal testing requirements has led districts to ignore homegrown accountability measures that could draw on local priorities. Locally driven goals could drive change in areas beyond the state-mandated math and English testing that critics say has narrowed the curriculum, especially in Gateway City districts that worry about low test scores and the state sanctions that can prompt. Local accountability measures could range from music proficiency at an arts magnet school to measuring skills in core academic areas that aren’t captured in standardized tests mandated by the state, the report says.

“The plans we reviewed demonstrated that Gateway Cities are not exercising local control to create more well-rounded learning experiences for their students,” says the report. “To the contrary, school and district plans document the extent to which state and federal accountability has become the organizing focus of Gateway City schools.”

In all, 69 percent of school plans and 76 percent of district plans in the communities studied included no measurable student learning goals that weren’t already part of the state accountability system.

The report also looked at how superintendents are evaluated in Gateway City districts and found that performance reviews for more than half of them included no measurable student outcome goals, as required by state regulations.

The report says more racial diversity on school committees could lead to more diverse district leadership and greater recruitment of minority teachers, a factor that has been linked to higher student achievement among minority students.

“These communities are not in a good state to exercise local accountability because their governing structures are weak,” said Forman. “They don’t reflect the students served or even the employees in the district,” he said of Gateway City school committees.

The report suggests that more than just a change in racial make-up is needed on Gateway City school committees. It recommends a move toward “hybrid” school committees that include both appointed and elected members. Such a structure would blend democratic representation with professional expertise from leaders of early education agencies, higher education institutions, and other fields that form a community’s broader education infrastructure, said Forman.

“You want there to be elections and democracy,” he said. “At the same time, we’ve seen that a political body isn’t necessarily going to hold itself accountable to putting goals down on paper.” Forman said local leaders who could fill appointed school committee seats are “accustomed to working more strategically” with clear performance goals.

Tracy Novick, a field director for the Massachusetts Association of School Committees and former Worcester school committee member, said a hybrid structure would take school governance in the wrong direction. “I think the one thing we don’t want to see is less democracy,” she said.

The report also criticizes the weak status of school site councils. The 1993 reform law called for a council to be formed at each school in the state, made up of parents, teachers, and other community members, and it envisioned them playing an important role in school oversight and management. According to a survey the researchers conducted among school councils statewide, fewer than one-third of members say their boards have influence over principal hiring or school budget issues, and even fewer say the council plays a role in teacher hiring and curriculum.

Novick said she has been frustrated throughout the education reform era with how little attention has been paid to the school councils. She recalled voting only one time for school council members over the course of 13 years in which she’s had children in the Worcester public schools.

Not only could more robust councils bring a stronger voice of parents and the community to the operation of schools, she said, they could be valuable proving grounds that cultivate candidates for school committee.

“It frustrates me because I think that could be a place where we get really good school committee members, and I don’t see that happening,” she said.

The report suggests that the state provide incentives for stronger local accountability through new funding that supports local innovation and by giving districts that submit high-quality improvement plans relief from some state education reporting requirements. It also suggests that the state education department could strengthen school councils by providing new members with online “training modules.”

“It’s going to take more than one step to fix this problem,” said Forman. 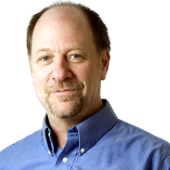